The Future of Test Automation

What Is Test Automation?

Automated testing has been around for many years, in order to develop software, you need to test your products, yet every delivered software always has defects. Using manual testing, test engineers will attempt to detect these defects, however they frequently creep in and reappear. You can use the best manual testing processes and still run into these problems. Test automation is the process of utilizing software tools to execute pre-made test scripts to complete various tasks on a software application. The ultimate goal of test automation is to minimize the amount of effort required for manual testing. Test automation increases efficiency, coverage and the effectiveness of your software testing, while also improving the quality of your product.

The Benefits of Test Automation

There are countless benefits to utilizing test automation, the most significant ones include the following:

How Test Automation Has Evolved 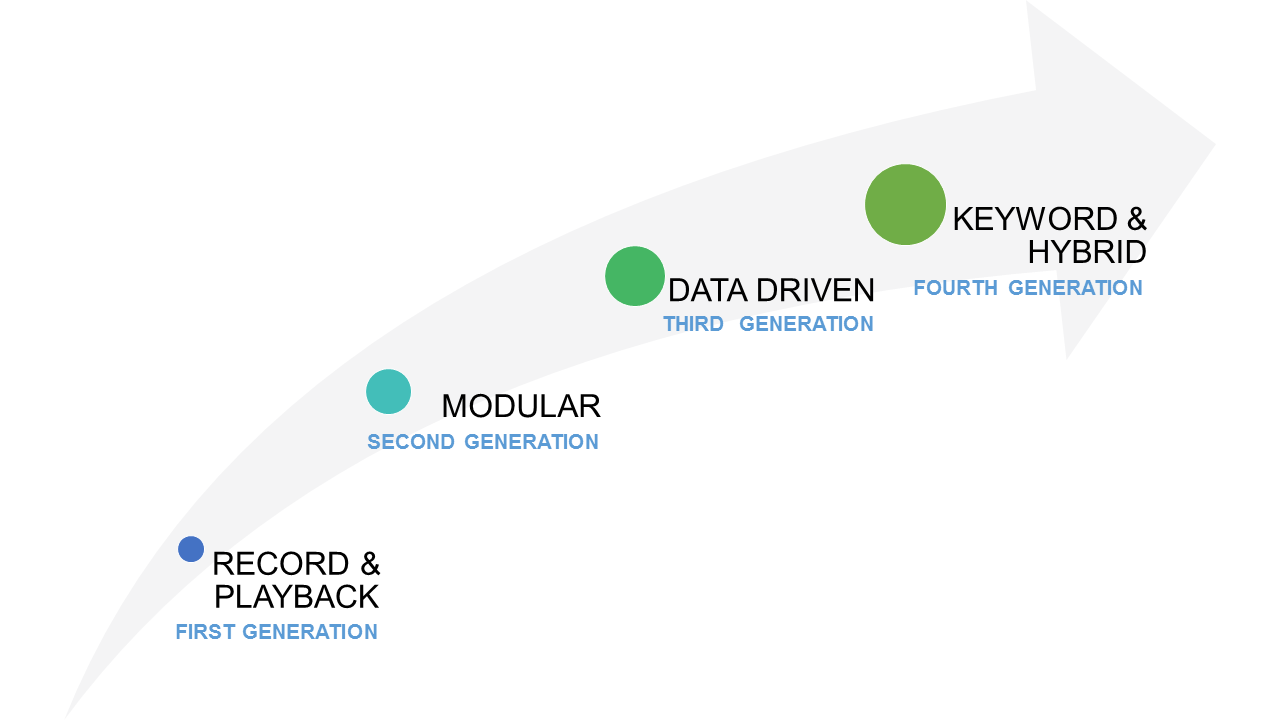 The first generation of test automation was predominantly used for regression testing. The playback and record method involved recording every test case as a series of actions with test data hard coded into it. This method requires very little coding, however the scripts were unstable and minor errors or changes in the data disrupted the automation. Any small change in the application resulted in the test case having to be re-recorded in order for it to run.

Second Generation: Use and reuse of functions

Second generation test automation was a great improvement from the first generation. This method involved a script based approach and allowed developers to automate more than ever before. However, large investments were needed in terms of time and money required for developers to learn and gain expertise in the scripting language. This approach also required a significant amount of time to build a suitable framework.

This approach solved two major issues, the first being test coverage and the second being maintainability. By separating scripts from the data of the application under testing, these problems were solved. This allowed programmers to be able to expand the test coverage by using the test scripts with various data sets. The downfall to this approach was the extensive, complex test automation code that demanded a significant amount of time and effort for modification, maintenance, and rewriting when there was a change in the application or when there was staff turnover.

This approach aims to solve all of the problems the third generation approach was facing. The test is now driven by the keywords and not the scripts. When the test cases run, they will automatically go through scripts specified by the keyword. These keywords are used to start a sequence of actions for testing. Now testers are able to have total control over the process and it is much easier for non-programmers to design and execute test cases. Although there are many benefits to this approach, in order to succeed, the script requires some level of custom coding and the development of automation code is still specific to the application under test.

This table identifies the advantages and disadvantages to each approach 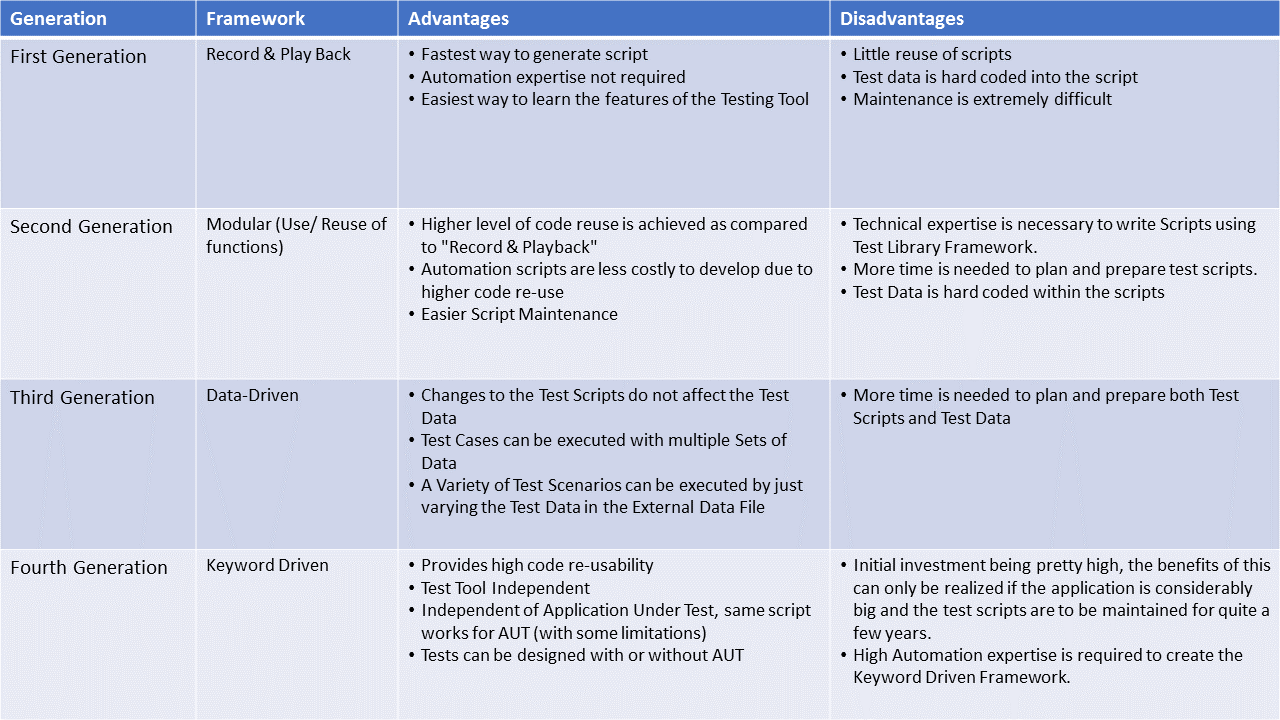 Codeless testing is currently a work in progress and is considered to be the future of test automation. It has become one of the largest rapidly emerging trends in IT. One common misconception of codeless test automation is that there are no scripts at all, however this is not true. Codeless testing means there is no scripting/programming within the test automation tool’s native language. This means that while automating the test cases you will not need to program scripts for every single test case, there is a tool that will generate the code. This approach allows you to enhance optimization in existing test automation assets, including automation tools, infrastructure, as well as much more to enhance productivity. For instance, it allows programmers to automate more number of test cases per unit of time, hence, significantly increasing efficiency and productivity.

Codeless test automation allows the testing team to easily build automated test cases by simply ordering ready but reusable code assets to make sure 100 percent test coverage is achieved. Nuggets of script are already incorporated in the system and ready to use. It is also possible to reuse test specific components like object repository, as well as application components across the test automation technology.